The Hockeyroos have missed out on a record-equalling seventh Champions Trophy after losing 5-1 to Netherlands in the final of the last-ever edition of the tournament in Changzhou on Sunday night.

The third-ranked Hockeyroos were chasing their first Champions Trophy triumph since 2003 but were outplayed by an impressive world number one Dutch outfit.

The Netherlands raced to a two-goal lead inside the opening 11 minutes thanks to goals from Xan de Waard and Eva de Goede.

After a scoreless second period, Maddy Fitzpatrick gave Australia hope when she made it 2-1 with a drag flick in the 40th minute but the Dutch responded almost immediately from Lauren Stam.

Last quarter goals from Maxime Kerstholt and Maria Verschoor rounded out the victory for the 2018 World Cup winners.

The Netherlands edged Australia in all key statistics, with 9-5 shots, 2-1 penalty corners and 20-13 circle entries.

The final was the last-ever Champions Trophy match, with the historic tournament to be replaced by the new FIH Pro League next year.

Australia’s first game of the new FIH Pro League is against the Dutch in Melbourne on Saturday 2 February. 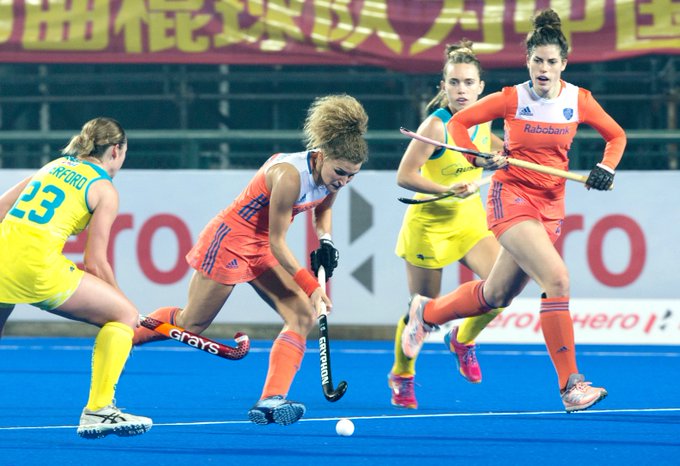 The last-ever Champions Trophy success means the Dutch have won seven women’s titles, equal with Argentina while Australia have six.

Hockeyroos coach Paul Gaudoin said: “We didn’t play as well as we would’ve liked. We did some good things today but we need to understand there’s another level we need to get to.”

He added: “We made some chances which was pleasing compared to the first game against them (when Australia lost 3-0).

“Credit to them, they’re a quality side. They don’t need too many chances to put goals on the scoreboard.

“We want to play more matches against quality teams and you don’t get any better than Holland at the moment. We embraced this opportunity today.”

Australia started the contest well, with Emily Smith stealing the ball in the D to test Dutch keeper Anne Veenendaal inside the first minute.

The Dutch steadied and hit the scoreboard in the ninth minute when de Waard swept home a loose ball after Australia goalkeeper Ash Wells’ save.

There was a lengthy umpire’s referral for the goal, with uncertainty over whether the ball had touched Maria Verschoor’s foot in the lead-up but it stood.

Two minutes later the Dutch added another when skipper Eva de Goede was afforded too much time and space on a break and fired a backhand shot past Wells.

Fitzpatrick tested the Dutch defence from a 12th minute penalty corner, while Australia pressed hard in the opening 10 minutes of the second quarter without any success before Wells had to save from Maartje Krekelaar. 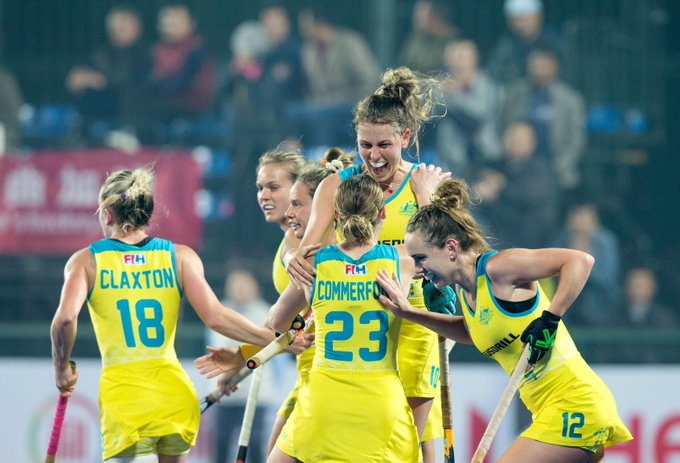 Minutes later, the Hockeyroos won a short corner which Fitzpatrick fired low to Koning’s right and into the backboard to make it 2-1.

Lynch denied Verschoor in the 49th minute but the Dutch found a way past her minutes later when Krekelaar’s speculative diagonal ball eluded three Australia players and was converted by Kerstholt.

The Netherlands grabbed another when tournament top scorer Marijn Veen laid off for Verschoor to fire into the roof of the net beyond the onrushing Lynch.

The match was the Hockeyroos’ final game of 2018, with the side next in action in the Pro League with tickets on sale via Ticketbooth on Friday 30 November. Four Commonwealth Games Australia heroes will vie for the 2018 ‘The Don’ Award at Sport Australia Hall of Fame 34th Induction and Awards Gala Dinner next week.